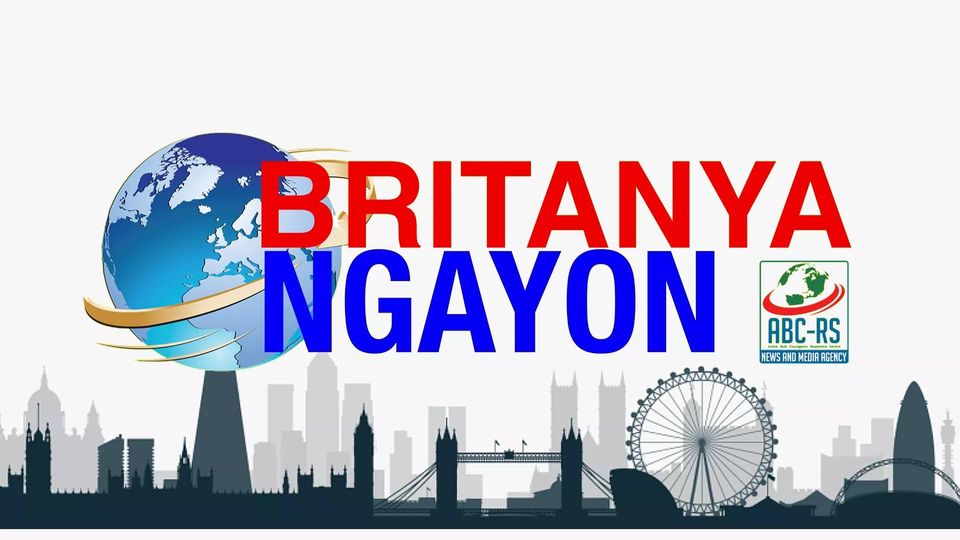 The past 12 months has revealed the need for news about the UK’s Filipino community more than ever before. Tinig UK was one response. Britanya Ngayon is the latest venture. And it has big ambitions.

The video-based* platform, created by Filipino-owned the ABC-RS News and Media Agency, aired its first episode on Facebook and Youtube in May. It follows Juan EU Konek, also a video-only* news magazine catering to UK-based Filipinos.

Hosted by friends Amy Balliao, Babo Gamboa, Carol Panday, Rafa Rafa and Susan Pelaez-Robinson, the show features a variety of topics and issues and describes its mission: “an alternative platform that caters to the challenges of the new millennium by present day Filipino migrants living here in the UK or the world over.

Tinig UK speaks with the people behind Britanya Ngayon as they share the story behind the latest news program.

“ABC-RS Media was conceived by Carol. She has been discussing this with me for such a long time, about 10 years ago, that she really wants to do this. I think this is the right time for us to have started this news and media agency,” Amy recalls how the show’s idea dates back years ago.

After the show’s idea came to mind, Carol gathered friends she has known over the years from different Filipino community events in the country and pitched the idea to them. She has successfully formed the group and named the media agency after the hosts’ initials.

With different backgrounds and interests, the show’s hosts are dedicated to serve the Filipino community in the UK through offering them an alternative pro-people program that they can relate to.

“We are here not because we want to be famous, we are here to serve but at the same time we want to nurture ourselves”, Carol said.

A program for everyone

“We want to share our culture, our passion… we want to be encompassing, inclusive. Most of us have British partners and from our homes, we share with them the beauty of the Philippines and the Filipino people,” Carol revealed.

The show, which consists of distinct segments each hosted by a different presenter, covers a range of topics from serious matters to uplifting stories.

When asked which stories or issues are important to cover for the Filipino community at this time, Britanya Ngayon told Tinig UK that they want to highlight how all Filipinos, not just frontliners and keyworkers, are doing post-pandemic.

Carol, being the main presenter of the show, focuses more on events that are local to the British community.

Amy and Babo talks about immigration, labour and legal issues which mostly concern the Philippine Embassy in the UK and Filipino workers.

“We will be focusing issues on the embassy… we want to clarify issues and we want to give the embassy the chance to, perhaps, explain why these things are happening,” Babo said.

“We also try to showcase extraordinary and unfold remarkable stories of individuals in the UK,” Amy added.

Rafa covers inspiring stories and events in the Filipino community which highlights the concept of ‘bayanihan’.

“My main focus is really the Filipino community as I am the vice president of the FilBrit Community here in Dorset. In my segment, we try to reach out to all Filipino communities here in the UK and how they help each other,” Rafa stated.

Susan, on the other hand, wants to showcase more travel stories, including places and people, both in the Philippines and in the UK.

(*This article was updated on 9 June 2021, changing ‘digital-based’ and ‘digital-only’ to ‘video-based’ and ‘video-only’. Both media outfits mainly use video in their reporting.)