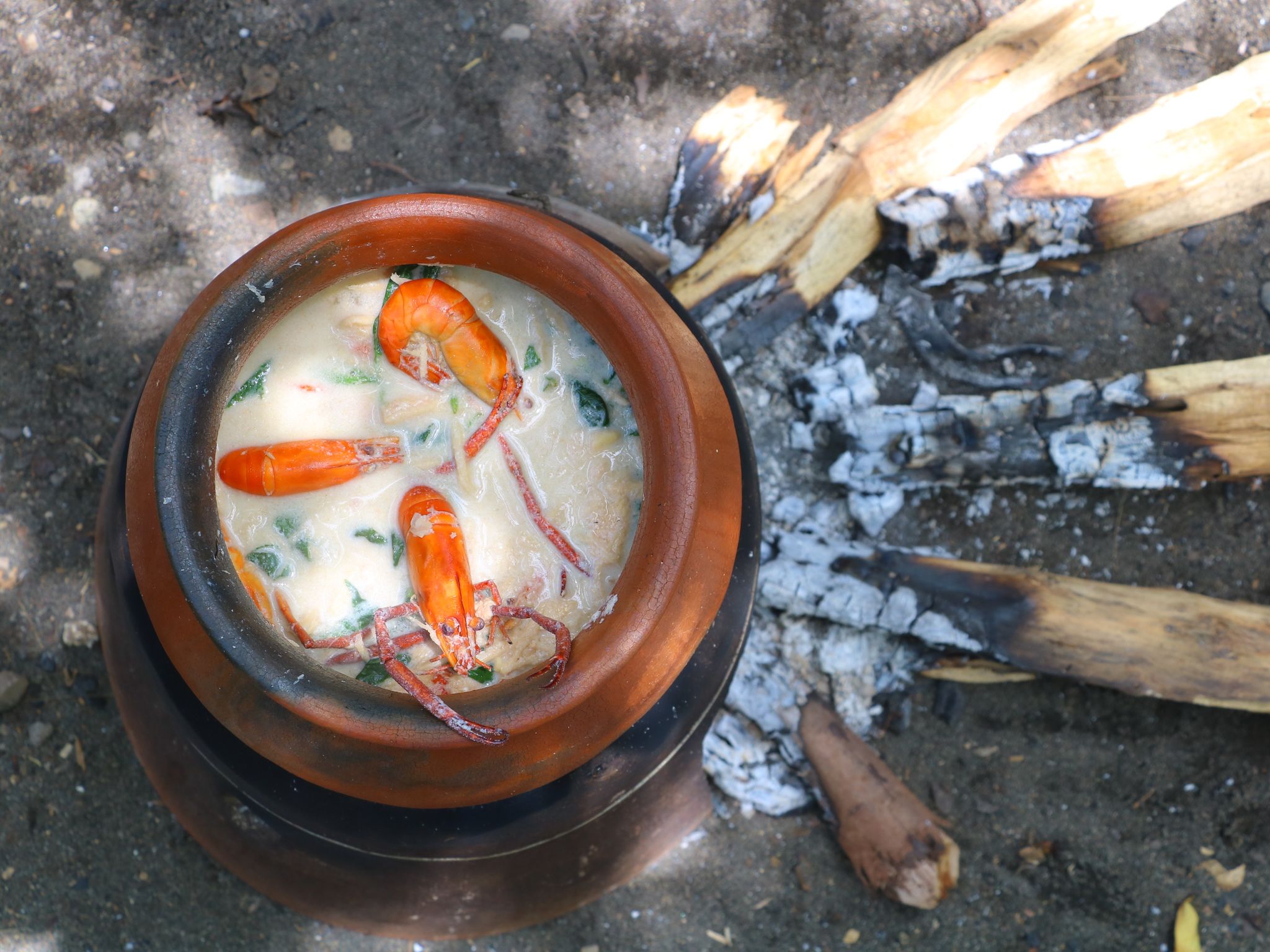 In San Jose, Antique, when a family member is sick, the rest of the family have to cook a certain dish to eat along with the sick one as a show of love and support.

Then, there is the watching over the cooking of river shrimp because if it is spilled in the process of cooking, expect an evil spirit to choke the cook while he sleeps.

No, these are not scenes from a movie, but actual beliefs that revolve around the preparation of certain dishes in the municipality of Sebaste, Antique – one of the towns that was showcased in “Culinary Heritage of Antique”, a culmination of a research project of 28 senior students taking Bachelor of Science in Hotel & Restaurant Management in Advance Central College (ACC) there.

The second dish is “ginat-an nga tambo kag patuyaw,” or bamboo shoots and river shrimp in coconut milk, wherein locals carefully watch the cooking process to make sure that nothing spills over from the open pot or the cook dies in what is called “Angongan,” or being choked by an evil spirit while sleeping.

A celebration of culinary heritage

To celebrate the 2021 National Heritage Month in May, the province of Antique, through ACC’s graduating students, exhibited the province’s more than 30 signature dishes from 18 municipalities with the intention of “resurrecting” native dishes using homegrown resources and traditional practices.

This was in consonance with the National Heritage Month theme, set forth by the National Commission for Culture and the Arts, which is to “underscore the need to strengthen public awareness and explore initiatives to advocate for the conservation and promotion of Philippine cultural heritage and the Filipino identity in this time of crisis.”

About five local cooks joined the research students in the Culinary Heritage of Antique research culmination held in RJ Resorts in Brgy. Dalipe.

Mary Rose Rodriguez, president of ACC that spearheaded the event, explained that given the pandemic, it is very hard to source ingredients because of the lockdowns.

“We have to go back to basics. We have to use what is available around us. Just like what our ancestors did, we have to use indigenous ingredients like batwan (a souring ingredient), alupidan leaves, lupo-lupo (a weed that is commonly found in ricefields), bukol ka niyog (coconut bud), ubad (core of a banana stalk) and many more,” she said.

Other scrumptious dishes served during the culmination program included “Nilaga nga Tatus” or boiled coconut crab and Banag (freshwater snail with coco cream), among others.

An attempt at going international

“ACC’s research on Antique’s culinary heritage will open doors for Antique’s local food and delicacies to be known all over the globe as part of Filipino cuisine,” said Loren Legarda, Deputy Speaker and Antique’s District Representative on her official Facebook page.

“That is why I encourage the national and local governments to support cultural food mapping and promote food tourism, highlighting the profile of Philippine gastronomy, heirloom ingredients, and the intricacy of food processing and preparation. Preserving our culinary heritage starts with awareness and appreciation of its history and diversity and I commend you for contributing to the efforts to increase cultural awareness,” she further noted.

ACC is looking to produce a coffee table book that will make Antique the first in Panay to initiate a cultural food mapping project.

Rani Rodriguez, ACC’s chairman of the board, said that heritage food must be documented as an introduction to develop fusion of food in terms of cooking techniques and innovation of newly added natural ingredients.

He added that “these developments allow people to think on preserving not only the menu but the production of such endemic species in their locality; thus, contributing to the economy.”

Editor’s note: This article was originally published on Rappler.com